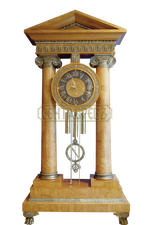 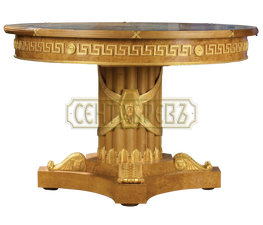 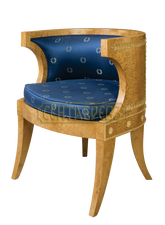 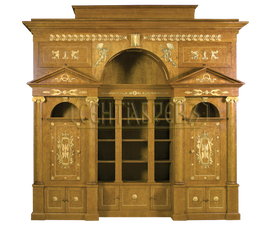 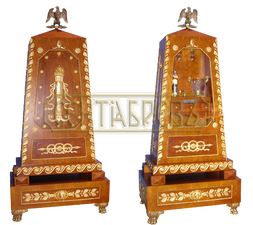 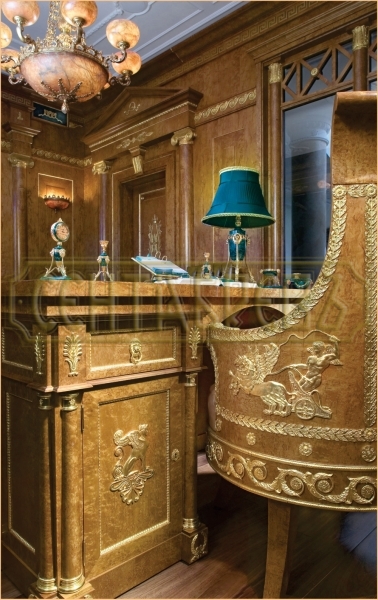 Ambitious and luxurious cabinet "Napoleon" was created especially for an imperious leader. It is named after the desk of the French emperor from the castle of Malmaison, which formed the basis of the collection. Secret drawers concealed behind the decorative panels will serve as a pleasant surprise for the owner of the table. "Napoleon" is a cabinet of a true winner: the furniture is decorated with bronze elements of laurel wreaths, palmettes, griffins and war trophies; a bookcase looks similar to the Arc de Triomphe. This set, which is designed in the Empire style, is made of Karelian birch with embossed plates of gilded bronze. In future the Sentiabrev company plans to develop further both this and many other collections. In its full configuration, "Napoleon" ideally matches large rooms decorated with wall panels of Karelian birch and pilasters of malachite or lapis-lazuli. Nevertheless, it is not forbidden to use different cabinet models for rooms of different sizes, including small or chamber ones.